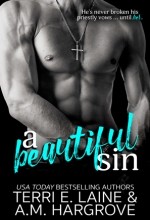 Since I was a boy, my desire was to serve. To give my vows and life over to the Church, despite the corruption in my soul.

I am a sinner. The embodiment of temptation – or so I’ve been told.

Yet I’ve never laid my hands upon a woman. Never sought the pleasures of the flesh that so many have been tempted by. I never wanted to.

Sky blue eyes and pale blonde hair swallow me up until blue is all that I can see.

She is my weakness. My downfall. My temptation.

My name is Canaan. I am an ordained Roman Catholic Priest.

Her name is Haven, and I’m still not sure if she’s my salvation or my destruction.

This is not a love story.

This is a confession.

Dear Heavenly Father: I have sinned.

And so help me, I may sin again.

Warning – A Beautiful Sin is a forbidden romance that blurs lines between passion and religious faith. Please be warned, the subject matter may be offensive to some readers. 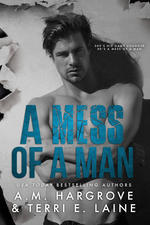 Título original: A Mess of a Man

Womanizer, Man Whore, Player, Heartbreaker are all familiar names Ben Rhoades has been called. He prefers the nicknames Money Man or Sex God, but he doesn’t let other people’s opinions rule him. And he’s only gotten worse without his compass, his best friend, whose devastating death at a young age has taught him a valuable lesson about not getting too close to anyone… ever. Until one smart and stubborn woman with eye-catching curves throws him for a loop and refuses to be tamed.

Samantha Calhoun has her life on track even after the shattering break up with the guy she’d thought she’d wanted to marry. With her chin held high, she focuses on her career, building her business and making a success of it all. Until a chance meeting has her falling into a set of alluring steel gray eyes that make her steps falter and her heart leap out her chest. Forewarned by numerous not so flattering rumors of him around town, not to mention his no holds barred rules, she tries desperately to play his game while guarding her heart.

Only they have no idea of the journey they’re about to undertake when their lives collide. Ultimately, they’ll tackle the biggest test of their lives because she is his game changer—his life altering one. The one, who through the ensuing wreckage, can tame the mess of a man that he is. 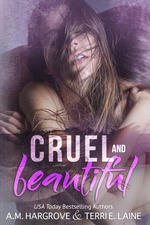 Cate Forbes, a dedicated college student with a carefully plotted future, doesn’t know the first thing about love. When she accepts a blind date with a tasty piece of eye candy, she thinks she can get by with a night of fun. Cate’s plans quickly unravel when she gets one look at the sexy…

The relentless hockey-playing medical resident knows what he wants— a career in Oncology and Cate. Although he’s heard the gorgeous brunette is a little relationship skittish, a single night out isn’t what he has in mind. Determined to have her— in every way possible— he shows her just what a future with him would hold.

Only life has other plans. The unthinkable happens and everything begins to shatter. Both in too deep, they will have to fight the cruel and hang on to the beautiful.

If you like your romances light and sweet, this is NOT for you. This is a tough and gritty story of heartbreak, rejection, and hard love. You’ve been warned.

Nor is it fair.

And you don’t get to choose who you fall in love with.

Skylina…Her story is not pretty. Discarded like trash by her father. Forced into prostitution by her mother. Used and abused, she learns to cope. And survives. Because she has to. What other choice is there?

Ryder…His story is every bit as ugly. Beaten and left for dead. A star whose light was extinguished long before it should have been. Now a he’s drug addict who wrestles with the demons that try to destroy him.

Pasts that could tear them apart.

A male Romance Author… a convention in Vegas… a female book blogger… a goal to lose her virginity… what happens when you mix all the above?

Fallon McKinley is headed to Vegas for the Wicked Wenches Romance Con and losing her virginity is only one of her goals. The other is to meet her favorite author of romance novels, R.T. Sinclair. What she doesn’t realize is that the sexy green-eyed god she rams into at the airport is the real R.T. When they keep running into each other, she’s shocked, but excited, because the attraction is irresistible.

Ryland Thomas Sinclair doesn’t want anyone to know his true identity. He’s the author that all women love, but everyone thinks he’s a female. He hides his persona behind the public face of his twin sister, keeping his own a secret. But after meeting the lovely Fallon, his intentions to avoid a relationship come to a screeching halt. She’s put an unwanted kink into his perfectly laid out plans. His unusual reaction surprises him because after a heart-shredding breakup a few years ago, he’s managed to avoid women at all costs.

Resisting Fallon becomes more difficult than he imagines. Soon things are spiraling out of control, until a major miscommunication has Fallon walking out of his home and his life. Will Ryland Thomas succeed in losing the woman he loves? Or can he win her back? 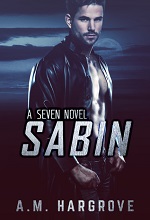 The Seven have a code: find and protect Judgment Day (a weapon of mass destruction that poses as a harmless necklace) and the ones who possess it at all costs; and never, under any circumstances, divulge information about ourselves.

I have always abided by this code. Until Serena Callahan, a sassy, no nonsense female, found the damn choker, and now I’m the one being choked by my own emotions. Ever since the day she entered my life that code has meant nothing to me. And for the life of me I can’t figure out why I’m allowing a damn woman to lead me around by her slender finger. The rules have changed and she’s calling all the shots only she doesn’t know it. But if we can’t find the necklace soon, none of it will matter anyway.

My name is Sabin and I am the commander of The Seven.