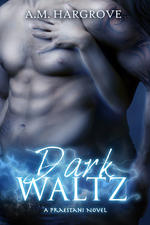 It’s the year 2030 and the human population has been annihilated by a virulent form of small pox. Liasare Davidson is desperately searching for her brother, who has been missing for three months. It’s been eighteen years since she was evacuated from Earth and she is horrified to see it’s become a cesspool of unimaginable things.

In her quest to find her brother, she meets Jurek, a powerful and enigmatic being that frightens her, yet she is unable to resist. When things begin to unfold between them, they both discover a paralyzing truth that puts Liasare at grave risk. She must make a choice to join Jurek and find her brother or fulfill a role she believes she is ill equipped to undertake. 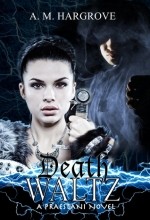 Death Waltz (A Praestani Novel, Book 2) the sequel and conclusion to Dark Waltz This is an Adult Romance and is not suitable for younger readers due to its mature content and strong language.

Dark Creatures have descended upon Earth and Abaddon has taken control. He wants Liasare as his own mate because she is the Key to the Light. With her by his side, he can manipulate her power to unleash his evil across the universe. Jurek and Liasare’s fight continues to prevent this. Unknown to them, a Praestani traitor resides among them. Can Jurek teach Liasare to wield her immense power in time to halt the traitor’s plans? Or will they end up in Abaddon’s clutches, waltzing to their death in this stunning conclusion to Dark Waltz.

Dark Waltz and Death Waltz are spin offs from The Guardians of Vesturon Series.