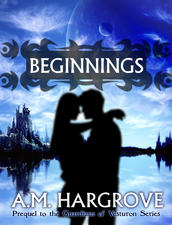 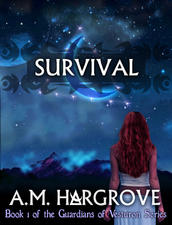 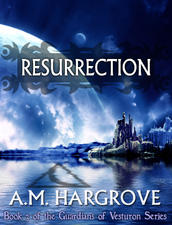 «Maddie knew she was dying. Her life started to flash before her. She had visions of running down the soccer field, scoring a goal, eating her mother’s yummy, homemade, sticky cinnamon rolls, standing in her foyer listening to the police tell her father that her mother had been killed in a car accident. Each vision was disturbingly clear—as if it was happening again.»

Rayn Yarrister, the first-born son and Leader of The Guardians, has been imprisoned on Vesturon for breaking their most sacred of covenants. He is suddenly jolted by Maddie’s telepathic pleas for help, as her life hangs in the balance. Can he alert The Guardians in time to save his soulmate? Or will he face his trial alone and broken without his one true love?
In Resurrection (Book 2), The Guardians of Vesturon are facing their biggest challenges as Earth is threatened by an invading species from a distant planet intent on destroying it for its resources. The Guardians, as protectors of the universe, have been assembled to defend not only Earth, but other vulnerable worlds as well. The Yarrister family is threatened by an unknown entity intent on discrediting them. Will they uncover this plot in time to save themselves from ruin? Will The Guardians succeed in stopping the Xanthians, or will Earth be invaded and ravaged by this marauding species? 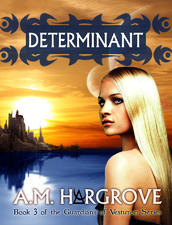 January St. Davis, on her own since the age of sixteen and struggling to stay in college, thinks she’s scored in a major way when she lands a paid summer internship at the Centers for Disease Control and Prevention in Atlanta.  One evening, after working an especially long shift, a chance encounter with a group of mysterious men alters the course of her life.

Rykerian Yarrister, a Guardian of Vesturon with unearthly powers and impossibly gorgeous looks, finds himself at odds over the human female he recently saved from certain death.  When it seems he is on the verge of winning her over, she is ripped from his hands by a strange and powerful being, threatening to destroy her if his demands are not met.

Do Rykerian and the Guardians have the ability to meet this fierce barbarian’s ultimatums, or will January suffer a horrid demise?

The love of his life, Saylan, has vanished into thin air, and his telepathic powers can’t connect with her mind.

Saylan, a Guardian of Vesturon, doesn’t know herself anymore. Kidnapped by the Xanthians, she’s had a robotic chip implanted in her brain and is now a prisoner in her own body, lacking free will, at the beck and call of her cruel masters.

For over a year Xarrid has been on the hunt. The Guardians have searched everywhere for her, but when they finally bring her home, Xarrid discovers her memory is gone. He’s determined to restore his love’s mind back to its healthy state. Removing the chip can cost Saylan her life, but doing nothing will cause irreparable brain damage. What choice will Xarrid make and how steep of a price will Saylan have to pay?